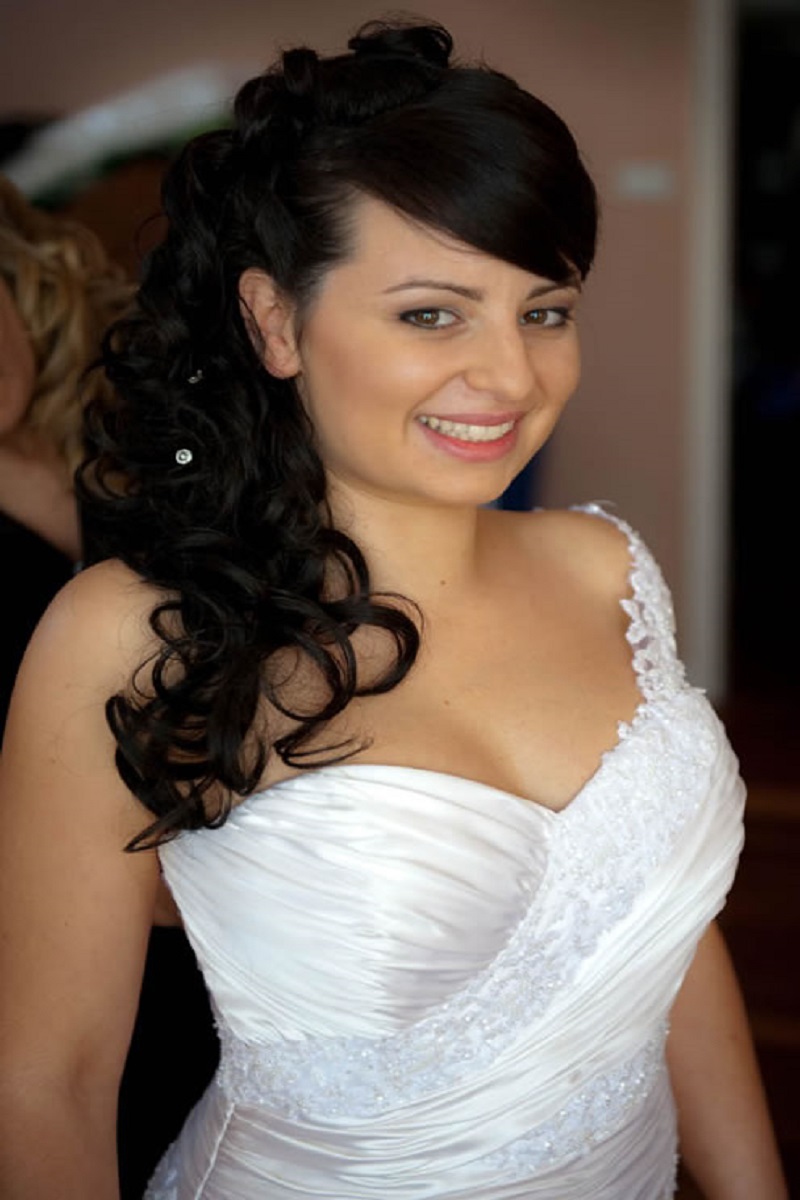 Weddings performed during and immediately following the Middle Ages were often more than just a union between two people. They could be a union between two families, two businesses or even two countries. Many weddings were more a matter of politics than love, particularly among the nobility and the higher social classes. Brides were therefore expected to dress in a manner that cast their families in the most favorable light and befitted their social status, for they were not representing only themselves during the ceremony. Brides from wealthy families often wore rich colors and exclusive fabrics. It was common to see them wearing bold colors and layers of furs, velvet and silk. Brides dressed in the height of current fashion, with the richest materials their families’ money could buy. The poorest of brides wore their best church dress on their wedding day. The amount and the price of material a wedding dress contained was a reflection of the bride’s social standing and indicated the extent of the family’s wealth to wedding guests.

The first documented instance of a princess who wore a white wedding gown for a royal wedding ceremony is that of Philippa of England, who wore a tunic with a cloak in white silk bordered with grey squirrel and ermine) in 1406. Mary, Queen of Scots, wore a white wedding gown in 1559 when she married her first husband, Francis Dauphin of France because it was her favorite color, although white was then the color of mourning for French Queens.

This was not a widespread trend, however: prior to the Victorian era, a bride was married in any color, black being especially popular in Scandinavia.